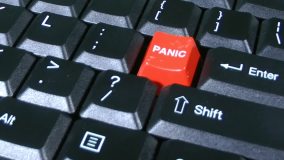 Affiliates using PopShops for their sites have been fighting what turns out to be a losing battle over the ShopBuilder platform. For months now, there have been complaints about display issues and the response has been minimal. The word was that ShopBuilder depended on an old “platform” and something new and better was in the works.

In the meantime, existing shops were missing products, images, and feed updates. The dashboard was getting more and more frustrating as affiliates tried cleaning up their pages. And the complaints were mounting.

Curate Introduced As The Cure

Curate has been on the scene for months and a network or two have signed up and promoted it as a great new shop building tool. But when Rakuten added it to PopShops, in beta, and asked affiliates to start using it, there was a problem. The new platform wasn’t ready for Prime Time either, much less a sparkly holiday shopping season.

So for some time now, Rakuten has continued to recommend Curate. Several affiliates have struggled to make it work, and relayed their feedback to no avail. The frustration mounted until a Facebook group was formed by affiliates to share ShopBuilder and Curate problems as the rush to Q4 began. The posts in the Facebook group indicate a total lack of support for ShopBuilder problems and a blind spot about problems with Curate. The tension builds.

About a week ago, PopShop users received notice that ShopBuilder was going to be shut down at the end of Q1. The replacement named was Curate, and a webinar was scheduled to show affiliates how to build Holiday showcases. Now there’s a bigger problem. It’s obvious that ShopBuilder support is no more and page issues that  are about to ruin Christmas will not be fixed.

Curate is still in beta.

Affiliates Rally To Share Info and Questions for Rakuten

In the Facebook group, affiliates started sharing questions they wanted to ask during the webinar so that everyone could try and salvage their Holiday pages. The long-term goal of course was to figure out how to change hundreds, if not thousands, of pages over before the end of Q1 when the replacement tool wasn’t ready yet.

Other tool options were suggested. ShareASale Make-a-page, GoldenCan, Datafeedr, and others were mentioned so the group could discuss pros and cons.

The scheduled date for the Webinar came. And went. After a half dozen reminders in my email, I got one cancelling the session  and another saying it was postponed. The reason? They wanted to demo setting up a shop and they couldn’t get it to work.

Affiliates: will you switch your pages to a different tool? Have you found the right one yet? Will you change the page structure to something else entirely? Have you worked with datafeeds on your own without going through a 3rd party vendor like PopShops? All these questions have no business being needed in October! Everyone in the industry knows that Q4 is when you make your year if your site is consumer oriented. This is no time to have to rebuild pages, especially if you have to seek out and buy a new tool.  Feel free to share your ideas or your needs in the comments; maybe we can figure this out together.