Affiliate Marketing: Under the Influence (Part 3) 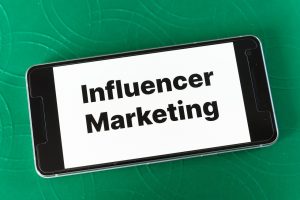 Influencer marketing is red hot, but does it actually drive sales? As we discussed in the previous posts, influencers are great for brand exposure, but conversion rates for influencers using a commission-based structure do not always live up to the extensive hype or the return on investment.

Here’s an example of the time and resources it can take to bring a single influencer on board:

A large merchant with an established affiliate program wanted influencers to be recruited into their program. They had specific influencer criteria. As part of our ongoing overall recruiting efforts, we were consistently reaching out to appropriate influencers.

In mid-April, we began communications with a large media/content influencer about a potential partnership with this merchant.

The initial campaign went live the first week of July. According to tracking in CJ, there have been more than 1,300 clicks to date. And according to an email from the influencer, they reported that as of August 5, there have been 89,178 impressions (a 5.75% click-through rate) and 3,842 engagements (a 4.31% engagement rate).

But there have been NO conversions.

That depends on the criteria being used to evaluate it.

We were successful in finding an influencer that met the specific criteria of the merchant and successfully negotiated a better deal for the merchant than originally proposed by the influencer.

The merchant received a lot of clicks and brand exposure. But not a single sale (to date) has resulted out of the partnership.

However, the goal of the merchant going into the partnership was that this large media partner would drive sales. So, while many facets of this partnership were successful, the merchant’s objective, in this specific case, were not acheieved,

Based on this example and dozens of others with similar outcomes, it’s clear, in our experience, that influencer marketing is still in its early stages. And despite the very successful efforts of our agency to deliver on the types of influencers and deals that merchants express they want, most influencers have failed to produce any conversions and are much more successful in providing brand exposure.

While these influencers are now more open to diversity in their own monetization models – embracing affiliate marketing as well as pay for play – most still lack the knowledge to truly be successful with commission-based structures. And until they do, merchants must be aware that growing an affiliate program should be predicated on a diverse group of affiliates as well as recruiting and nurturing affiliates that will consistently promote the merchant’s brand over time.

Influencer marketing in the performance space works well when done properly by focusing on the right grassroots base of influencers that are overall supportive of the brand with like-minded consumers/target audiences. But influencer marketing is not the immediate launch pad some have been led to believe. Relationship building is the cornerstone and that takes time, resources, significant effort, and an understanding that the return is incremental.