We Have Winners in the Snow Consulting Hockey Playoff Pool! 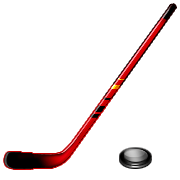 The Stanley Cup Finals were better than ever this year. The La Kings and the New York Rangers absolutely do not like each other, which made the games more intense and way more fun to watch.

Here’s how the Snow Consulting Pool shook out – We have notified the winners of their prizes via email:

Thank you to our generous merchant sponsors, without your support this would not be possible.

Thank you to everyone who participated; you are what makes it fun! Watch for the next Snow Consulting pool and good luck!